An ideal partner persona is a research-based profile that describes the traits and characteristics of your highest-performing partners. It can be a valuable tool for recruiting more high-value partners and catering to their needs to enable them to succeed.

An inactive partner is a partner who has joined your program, but has not performed activities that drive value for your business (or has not done so in a long time.)

A metric of how marketing and advertising increase desired conversion rates, such as revenue, website traffic, and profitability.

An independent software vendor (ISV) creates, markets, and sells software that runs on one or more computer operating systems (OS) or cloud platforms. In other words, an ISV is a company that distributes its own software. ISVs often distribute their software on marketplaces. Hardware providers, operating systems, and cloud platforms can all offer ISVs on their marketplace, but they'll only accept, or ISV certify, the ones with the best or most relevant software.

Independent software vendors build software for human use, which distinguishes them from original equipment manufacturers (OEM) who normally develop software for backend use. Computer hardware and operating system companies (for example, Microsoft, Apple, and Google) often include ISVs in special partnership programs. This is because the more applications that can run on a platform, the more value it can generate for the platform provider.

When it comes to cloud computing, ISVs often sell their software on a software as a service (SaaS) basis, through platforms like SalesForce AppExchange and Microsoft Azure.

Example: Joino developed its own software, which was ISV certified on Amazon Web Services (AWS). AWS sold the software to end users, and Joino enjoyed a healthy profit.

Any channel (like a partnership program) where you're not selling directly to customers. This is in contrast to direct channels, where you own the entire customer relationship. Partnerships are just one type of indirect channel.

A way of selling products and services that are not directly sold to customers, but rather through partnered organizations, like a reseller, agency, or affiliate marketing partner.

A person who has the ability to persuade their trusted audience or following on purchase decisions by promoting or recommending products and services through their social platforms. 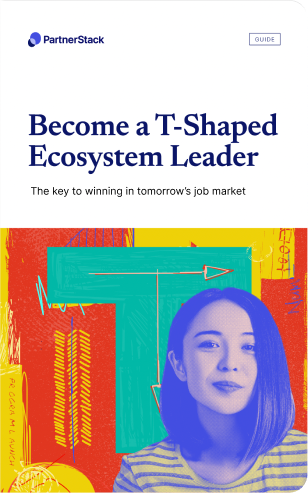